The Burn Site is an 11.5-acre undeveloped parcel located southeast of the former manufacturing plant. During the course of plant operations, records show that the Burn Site was used for the disposal of facility trash, along with sludge material dredged from the former facility wastewater treatment lagoons. A portion of the property was also used to burn paint wastes and used solvents; thus, the site was named the Burn Site.

The Remedial Investigation and Feasibility Study for the Burn Site unit are complete and EPA released its final Record of Decision on September 29, 2017. The Consent Decree between EPA and Sherwin-Williams was finalized on April 16, 2019, authorizing Sherwin-Williams to proceed with the remedial design and remedial action.

The Burn Site project unit is currently in the design phase. Sherwin-Williams expects to begin remediation work in 2022. 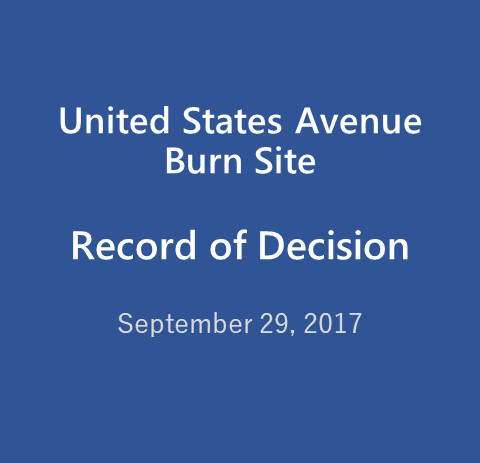 A copy of the Burn Site ROD is available here.