The Former Manufacturing Plant (FMP) Soils project unit includes the former paint manufacturing facility and the headwaters of Hilliards Creek from the outflow of Silver Lake to West Clementon Road in Gibbsboro.

The FMP was used for the manufacturing of paint and varnishes from 1851 to 1930 by John Lucas & Company, and continued operations under The Sherwin-Williams Company from 1930 until 1978. Over the course of this history, areas of the FMP were used for manufacturing operations, material storage and waste handling.

The Remedial Investigation and Feasibility Study for the FMP Soils unit are complete and EPA released its final Record of Decision (ROD) on August 10, 2020.

The EPA-selected remedy addresses contaminated soils at the FMP, sediments in the portion of Hilliards Creek adjacent to the FMP, as well as an area of light non-aqueous phase liquid (LNAPL) contamination within and adjoining the eastern side of the FMP. 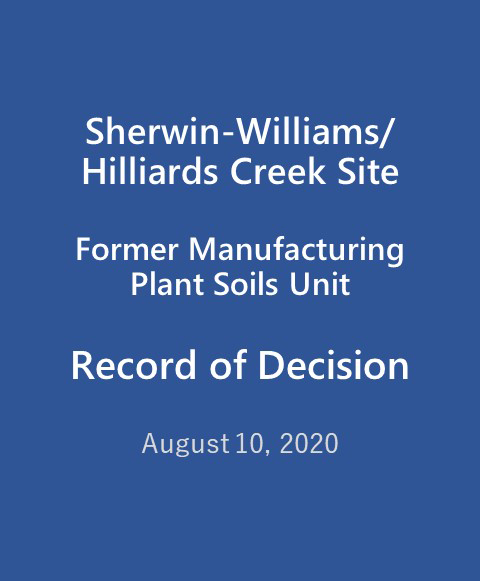 A copy of the FMP Soils ROD is available here.